Tony Stark has retired from making weapons and instead creates technology used to battle evil as Iron Man. After several years as a world-famous Super Hero, Tony is attacked by the mysterious Ghost, a hacker and anti-corporate activist who repurposes old Stark Industries weapons. In her efforts to topple his empire, Ghost attacks Stark’s corporate locations around the world, leading to ever-escalating stakes and a final showdown – PlayStation

have a look at the launch trailer of the game

How was the trailer?

After the death of iron man aka tony stark in the movie avengers end game (released April 22, 2019), everyone is wishing for tony stark to return as an iron man again. iron man is the most loveable character of all time after spider man.

we are already in 2020 but we have to wait a little longer for the movie’s official announcement or any news from the marvel for the new iron man.

till then, you can play as Tony Stark itself in the new Iron Man VR game. In this game, you will feel you are in reality in an iron man suit.

My advice is to you that take a regular break every 15 to 20 minutes to avoid health issues. The game is not for the children under 12 of age.

The first Review of game

A review video from the official youtube channel of IGN.

I am iron man

as a fanboy, Iron man is my all-time favorite Marvel character alongside with spiderman. I cried a lot at the death scene in the movie and cursing the makers as to why they do this to my favorite character but now I have the reason to be happy because I can play the character the way I dreamed all of my life.

Do you wanna see the gameplay video of the game?

I know you want to

The Gameplay video with tutorial instruction

In compare, to standard edition the price of the Deluxe edition is a bit high $49.99

This is all, for now, next time I will come up again with a new game review till than you can see the best free game to download on ps4. 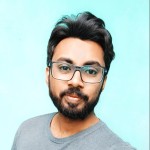